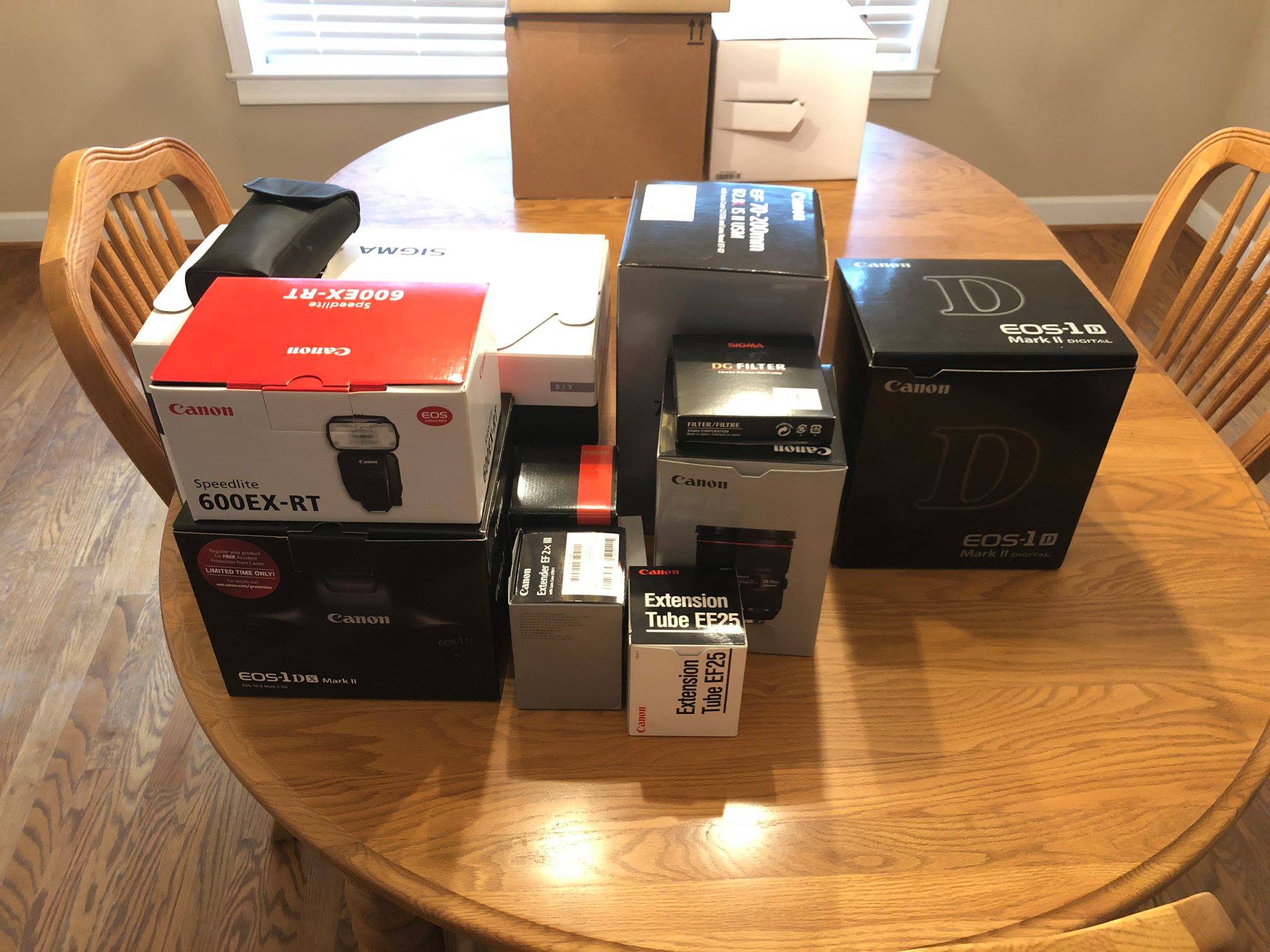 Another Random Brain Oozing, the topic of which is my failed journey through the hobby of photography and why I’m not going to return to it.  The executive summary of it is: all I was really hot for was the gear.  Not the art nor the results.  Before I dive into that: I’m not going to be setting up a table of contents, separating out sections, or any such thing in this post.  There won’t be anything useful to reference in it; nothing technical in nature or anything like that.  With that aside, let’s jump in.

I bought my first and only film SLR: a Nikon of some variety, back in the mid-late 90s.  I had zero idea of what I was doing with it and the associated glass.  I just thought it was a cool thing to have because the concept of the camera and the gear associated with it interested me.  But taking good photos?  Uhhhh…. not so much.  “Dammit Jim, I’m an engineer, not an artist!”  Remember that; we’ll come back to it.  Sometime later, I decided to move to a DLSR in the form of Nikon’s first: the D1X.  At the time, Canon’s solutions were already better and faster.  Canon was and is an actual imaging company, so they always made their own sensors.  Nikon didn’t and for a while, the resulting DSLRs from Nikon were a compromise.  But that didn’t matter to me: I had my Nikon glass, and now a Nikon DSLR.

I still didn’t know what I was doing.

At some point, I decided to shift gears and go with Canon.  I sold all of my Nikon gear and whole-heartedly moved to the Canon line with their then-new 1DS.  Full-frame, stupidly gorgeous and detailed photos from it, assuming the idiot behind the shutter knew what he was doing.  This idiot didn’t.  I later picked up a 1D Mk2 to compliment the 1DS.  I eventually sold the 1DS for pennies because it wasn’t worth anything nearly 10 years later.  I picked up a new 1Dx, and then cycled it to a 1Dx Mk 2.

Buying expensive camera gear wasn’t a problem for me as I was always seemingly employed with an excellent income.  That would come to a sudden end in June of 2017.  For reasons I still don’t exactly understand, Verisign decided they didn’t need or want my help with their data center networks any longer and they ushered me out the door with a fairly fat severance.  I struggled to find architect-level employment, and in November of 2017 I was forced to take a very low-paying junior-level role at QTS Datacenters.  I was making a lot less than I’d been, and my monthly bills were still massive.  What’s worse is that 2 months after I started at QTS, their idiot CEO decided to pivot his entire business, and he announced a massive layoff for the summer of 2018.  I was included.  We were told this in February, so we had lots of time.  But try as I might, I just couldn’t land another architect-level role in time.

It was about here that I decided to part with ALL of my camera gear.  All of it.  I still had the 1D Mk2, which was useless at that point in time.  It still worked superbly, but Canon would never repair it, even for money.  Canon gets to a point with their models where they stop stocking spare parts.  I don’t know the time frame for this: ten years maybe?  Anyway, the 1D was old enough that they wouldn’t touch it.  The 1Dx Mk2 was (and still is today) their top of the best of the best of what they do.  I also had three pieces of very good glass, some excellent flashes, and other parts and pieces.  I boxed them all up and sent them to Adorama, who paid me a decent bit of money for it all.  Certainly enough to pay my mortgage for a couple of months if I needed it.

Here’s the thing: I didn’t really miss the gear.  It would sit on my shelves for weeks if not months and just never get touched.  Every so often I’d get an itch to go shoot; like at the local race track for instance.  But mostly?  It sat gathering dust.  It turns out: I really don’t enjoy taking photos, and further; I’m fucking terrible at it.  Really: I am.  Recall that “Dammit Jim..” statement up above.  I firmly believe there are two halves of photography and only one of them can be taught.  That half is the technical aspects of aperture, shutter speed, and ISO.  In other words: the exposure triangle.  That can be taught and it can be practiced.  But there’s an art side of photography: seeing the right shot, framing the right shot, knowing that: yeah, that’s the right shot.  I’m 100% confident that those can’t be taught.  They’re natural.  They can be guided, but they can’t be instructed; someone needs to have those aptitudes to make a truly great photographer.

That’s not me.  I don’t have that aptitude whatsoever.  And quite frankly: I don’t care.  I don’t want it, either.

So why did I spend tens of thousands on camera gear over the past twenty-some years?  Simple: it’s the gear.  Not to brag to others or to show off.  Just to have.  It’s cool shit!  Techie toys intrigue me and that gear absolutely intrigued me.  But ultimately that money spend was a complete waste, and it won’t happen again.  I am finally back to work, and am making a good bit more money than I ever have.  I can easily afford to re-stock all of my camera gear: kick-ass Canon body and a bag full of expensive glass.  But, no.  There’s no need to do it.  I am going to spend money on gear, no question.  I will continue to do that.  But it’ll be computer gear; something I use literally every day and enjoy doing so.

I Love My Job!