Secure the Network From the Jails

PF Holes for the Jails

In the last entry, I explained how I decided to remove the Linux hypervisor from my network and replace it with a beefy FreeBSD server named joker.  Instead of all of the VMs running on the former KVM server, I instead created a collection of FreeBSD jails.  This post will serve to document what I did to get them performing actual work.

More experienced FreeBSD jail admins might read this and other posts of mine and think, “Why the hell did he do it that way?!”  The answer: I’m still learning how this works.  And the way I figure things out might not necessarily be the way you do.

Secure the Network From the Jails

Remember in my last post that I have joker dual-homed on the public side of my network as well as the private.  It’s a big risk, but one I’m willing to live with.  Each of the jails were given their own public IP, but were not given a private one.  However, that didn’t stop them from being able to contact the private network through joker‘s second interface.  The source of the connection would be the jail’s public IP, but it would egress joker via its private interface and hit the private network.

To block that outbound, I changed some of the pf rules on joker to specifically block all of the jails’ public IPs from reaching outbound to the private network.  Remember that because it comes up later:

Some time ago, the “fine” folks at Google decided that my joker VM would no longer be able to send mail to GMail users.  Their anti-spam tool somehow tagged joker as an originator of “bulk email”, and from that point forward, I was no longer able to send email to anyone at GMail.  I contacted an old AOL co-worker of mine who’s been at Google for a bunch of years and asked him to look into it for me.  Unfortunately, nothing happened.  To solve this problem, I spun up a new VM called riddler, gave it its own public IP address (I have a block), and configured it to send outbound mail.  Voila: I could email GMail again.

The new riddler jail was the first to get configured.  I used pkg to install the saslauthd and the sendmail that uses it: 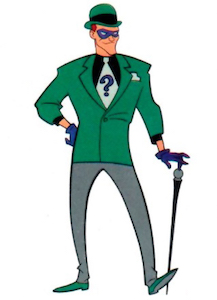 The /etc/mail/mailer.conf file had to be adjusted so that the proper sendmail would get called:

A couple of quick edits to /etc/mail/riddler.lateapex.net.mc:

And then run this in /etc/mail to make a new sendmail.cf:

Add these lines to /etc/rc.conf:

And start them both up:

But I wasn’t done. I also had to add my user to riddler’s local passwd file so that my IMAP client could authenticate when I sent email. I performed the usual steps of running vipw, adding the new user, and setting a password. But in this case, the user didn’t need a real shell, nor a home directory. My user would never be logging into the riddler jail, namely because neither it nor any of the other jails would be running sshd.

After all of that, I had a useable outbound SMTP server, all within a jail. One of the great things about jails is that they only have the processes running that they actually need. For instance:

While joker was a FreeBSD (and formerly a Linux) VM under KVM, I had the apache web server running on it, serving up 4 different web sites.  One is a site I use internally, and with the new joker physical build, it’s still there.  The other 3 are sites that I run either for buddies, or for myself.  For instance: this blog.  I decided that since I’m paying for a block of public IP addresses, I should go ahead and use them.  So with that, I decided to put each of the 3 public web servers in their own jail.

I still had the web page data (eg: PHPBB3, blog software, etc) in the same directories as before: NFS-mounted from bane.  The joker VM didn’t have any of those web pages on a local filesystem.  They were (and still are) all stored on bane.  But how to get that data mounted within the jail?  Doing mounts from within a jail isn’t allowed (usually).  And of course I blocked traffic from the jails to anything on the private network (such as the NAS).

For instance, this blog is on jail catwoman.  On joker, I made a directory:

And then using the mount command:

From within the catwoman jail:

Similar mounts were done for penguin and clayface.  I also installed apache24, various php56 packages, and whatever else I’d need on each jail to run their local web server.  However, each of them needed access to the MySQL database running on bane.  Hm.  Well that was easy enough to fix in joker‘s pf file: just punch mysql holes in from each jail to bane.  Done.

Before too long, I had 3 more jails running with apache on each of them.

I wanted these filesystems mounted at boot time, so I added them all to joker‘s /etc/fstab:

At some point shortly thereafter, I rebooted joker and it didn’t come up properly. Its console was stuck in single user mode because it couldn’t mount the filesystems in /etc/fstab. Huh?

I solved this in my usual sledge hammer approach.  The first step was to add the keyword noauto to each of the nullfs entries’ options.  Like so:

Obviously, this meant that the filesystems would not get mounted at boot time. So to address that, I wrote /usr/local/etc/rc.d/jailfs:

Of course, with that, I had to add another entry in joker‘s /etc/rc.conf:

That seemed to do the trick. The next reboot saw the /local filesystem get mounted first, then /opt, and then all of the nullfs entries in /etc/fstab.

The last jail on the list was scarecrow.  I created him because I wanted to convert the named process on joker to be internal only.  Within the scarecrow jail, I installed the bind910 pkg, and then from joker, just copied all of the /usr/local/etc/namedb files to scarecrow‘s /usr/local/etc.  I made the appropriate edits to the config files, spun the bind process up and then changed all of my domain SOA records to point to scarecrow instead of joker.

PF Holes for the Jails

Joker’s PF rules were originally written to handle incoming connections for him.  Once the jails were launched and running, I had to punch a series of holes in the filter for each of them.  Incoming port 80 for the apache servers.  Incoming port 587 for riddler.  Port 53 for scarecrow.

This work provided me the separation of most of my internal and external services.  At this point, the main host joker was running services that only I use.  Each of the jails were running services that others use to communicate with me.  Except incoming mail; that was still running on joker.  There’s a reason for that and it has to do with the spamilter I’m running.  But I have a lot more to tell about that spamilter before I explain how I ultimately stuffed it and all incoming email into a jail.  Stay tuned.

2 thoughts on “FreeBSD Jails: Putting Them to Work”